Home > Who We Are > Ron Amstutz 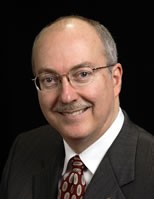 Building on more than 30 years of service in both the Ohio Senate and the Ohio House, State Representative Ron Amstutz represents the 1st Ohio House District, which includes all of Wayne County.

A lifelong resident of Wayne County, Representative Amstutz was raised on a dairy farm between Dalton and Kidron. In 1971, he moved to Orrville and has lived in Wooster since 1981. His political career began in 1976 when he was elected Mayor of the City of Orrville. He held the position through 1980, when he ran successfully for the Ohio House of Representatives. Representative Amstutz’s experience in the Legislature includes numerous leadership and committee assignments, including Assistant Majority Whip and Chairman of the House Finance and Appropriations Committee.

Prior to his career in public service, Representative Amstutz worked for five years in the Orrville office of The Daily Record. After working as a writer and photographer for two years, he was quickly promoted to bureau editor.

Representative Amstutz is a graduate of Central Christian High School and holds his bachelor’s degree in government communications from Capital University.

Representative Amstutz and his wife have two grown children and live in Wooster.