Home > Who We Are > Jane Carmichael 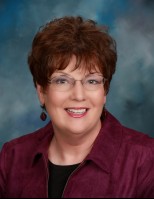 Jane Carmichael was elected as Wayne County Recorder in November 1992.  She worked in the Recorder's office for over twelve years under Ruth Williams and Miriam Shaffer.

Jane served as President of the Ohio Recorder's Association in 2006 and continues involvement in the association.

Jane grew up in Shreve and graduated from Triway High School in 1972.