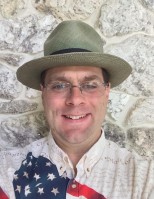 The County Chairperson is the chief officer of the county party organization.  She has the duty and responsibility of building, maintaining and directing the party's organization so that the party fulfills its purpose and achieved its goal of maximum support for local, state, and national Republican candidates.  The County Chair's responsibilities and powers are as follows:

2. Be familiar with the Ohio Republican Party's plan of organization and election laws;

3. Fill all party offices and committees with capable, functioning people, encouraging broad geographical, racial, and social representation for this county;

4. Accept the primary responsibility for seeing that each officer and committee fulfills their duties and responsibilities;

5. Represent the party to the public and press, maintaining the best public relations and appointing persons to active positions; and

6. The chairman may also add to any o fher officers such responsibilities and duties as she may deem apporiate or necessary and shall advise those additional responsibiilities and duties in writing to the Central and Executive Committees and their secretaries.