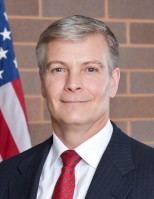 After graduating with honors from The Ohio State University College of Law in 1987, Dan served four years on active duty in the Judge Advocate General (aka “JAG”) Corps of the U.S. Navy.

Dan also served in the Reserve component of the U.S. Navy for over 25 years where he retired in 2013, holding the rank of Captain (O6).  In his reserve career, he served in a number of capacities including serving as commanding officer of two Reserve Navy JAG units, and as a certified General Court-Martial Military Judge, with his last four years in the Navy Reserve sitting as an Appellate Judge on the Navy & Marine Corps Court of Criminal Appeals in Washington DC.